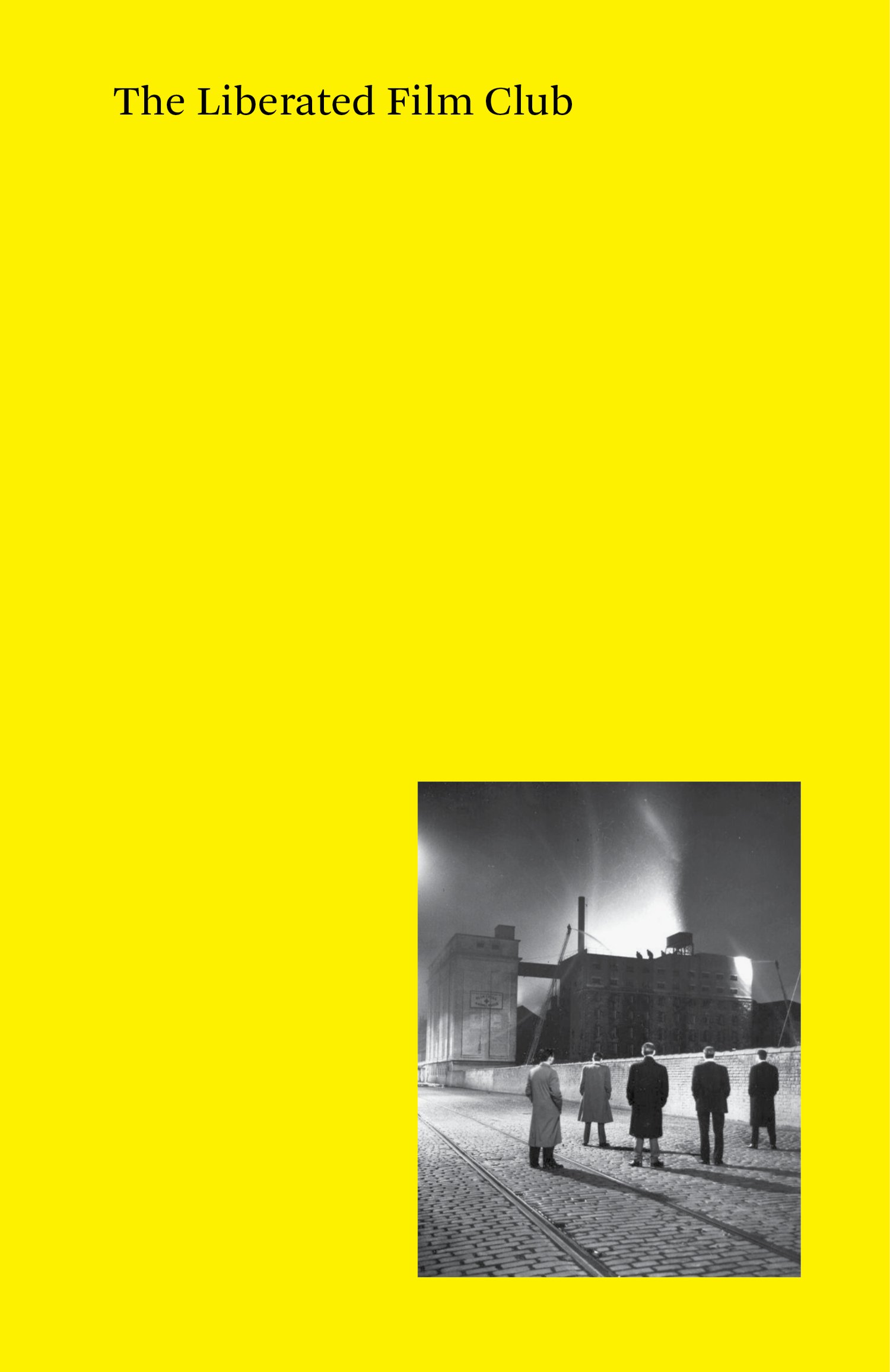 Herein lies the exquisite corpse
of the Liberated Film Club,
to align in ways you never would have expected
& in order to show you something new.

Schtinter runs with wolves. His Liberated Film Club was, throughout its brief, perfect existence, the antidote to contemporary cinephilia. It was impious and sexy, mysterious and unsober, a ululatory free zone for refuseniks, a place of magic and mayonnaise. If you never made it to one of its mad, baffling nights, this book is guaranteed to make your loss all the more deliciously unbearable.

The Liberated Film Club—the second publication from Tenement Press—is a collection of transcriptions, special commissions and texts anchored in a series of screenings held at London’s Close-Up Film Centre, 2016 to 2020. Curated by Schtinter from its onset to its end, the Club guaranteed a wide wingspan for critical conversation. Screening Liberated Film (titles drawn from Schtinter’s expansive archive of ‘lost, suppressed and impossible’ film), a guest would be invited to introduce a film; an audience seated to watch it through; but there’d be a disruption to that typical format. Neither the audience nor the guest would have any idea what film would be shown, and this anonymised arrangement would invite broad and antagonistic perambulation on the what, the why and the how of film; on the act(s) of showing, sharing and seeing.

Playing with the ways we reproach the institutions built around all of our cultures of making, and the manners and methods of an elsewhere dominant culture of consumption, The Liberated Film Club was a rare reflection on the act of reflection itself. This collection—an unabridged collation of works pertaining to this series—is a unique proposition. It is urgent, exciting and sincere in its silliness; challenging received notions of critical exchange, and abandoning entirely the dogma of atomised, predictable viewing. It is a profound celebration of community and conversation, and a timely paean to free, shared space.

100 first editions will carry a cover sticker; five men watching fire crews tackle a night-time blaze at Riverside Mills (The Glasgow Herald, 1957). A special Collector's Edition of this title is available exclusively at purge.xxx: numbering 10 copies only, the book and its contents are presented in a handmade A3-sized archival box (selected by series curator, Stanley Schtinter, for maximal auditorium camouflage) alongside an array of posters, artist editions and paratextual matter related to the Club and it's doings.